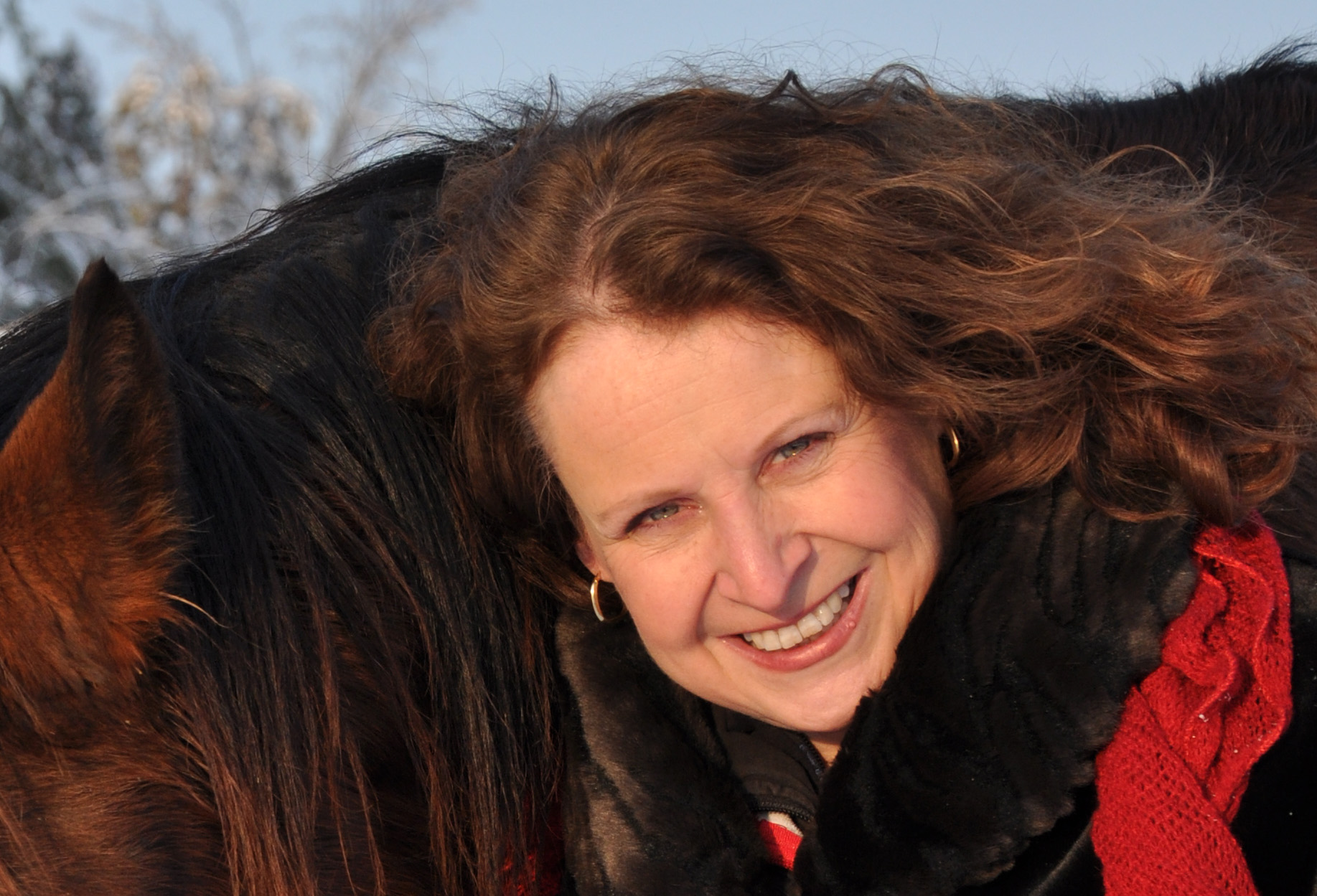 As a child Beverley always believed there was plenty of room for a pony to live in the garage. For a seven year old, the suburban landscape seemed large enough for a pony and the possibilities far larger. And so, every year she asked Father Christmas for a pony. The closest Santa could deliver was a resemblance, ’Hobby Horse’ pony came to’ life’ as a jumper/hunter. ‘H.H’ cleared the backyard obstacles with ease! Next, her bicycle ‘horse’ sped along the country bridle paths, stopping along the way to honour the ponies and horses grazing in the fields.  The enchantment of childhood dreams of ponies and horses came and went. But the dream and desire, the magic and mystery of the horse always remained.

Building endurance and athleticism of her own, Beverley found herself as a two legged athlete challenging cross country terrain, the 400m track, and as ‘right wing’ on a field hockey team.  Her first leadership role, and confidence builder, was being voted the High School’s Athletic Captain.

An abrupt life move to a new land, another culture, and new expectations, set major challenges in her younger life. Feeling the loss of family, friends, culture, and identity, Beverley set about succeeding in a new country and life. However there were many challenges, changes, and confusion. These life experiences led to her survival, and resilience.

Inheriting the belief that “trades people” will always be resourceful, employed, and self sufficient, Beverley trained as an apprentice hairstylist. She became a successful hairstylist, business woman, and salon owner. After nine years in this industry, Beverley yearned to share and teach her trade, creativity and life experiences with young people. Beverley connected well with her younger clientelle. Even before her years as a member of the Ontario College of Teachers, she aspired to lead young women to be the best that they can be.  Decades later; thousands of students have learned and gained confidence and lifelong skills in her classroom. Many people and students have enjoyed her humanistic approach to teaching youngsters in her care. As a result, young women, and men have gained knowledge and skills to help them become self sufficient to become contributing members of society.

In her early forties, Beverley received an incredible birthday gift; a riding lesson. Her life changed once again. Nudging the child within, and waking up younger hopes fantasies and dreams, she realized that this was the time in her life that she would be able to afford, connect, with the most awesome, magnificent creatures in the universe: horses. Two years later and many lessons with various patient equine partners, Beverley had committed to her new lifestyle. This new life included a magnificent horse of her own, Mercedes. Mercedes taught her unconditional love, knowledge, commitment, connection, patience and spirit. Belief in her-self came later; after dear Mercedes passed. Mercedes passing was the beginning of another era. Beverley knew that the rest of her life would include horses, and that she would always be part of a herd. Shortly after Mercedes had crossed over, a trusting, honest, and unharmed 2 year old, thoroughbred came into her life. Austin’s initial gift was to share his huge heart. Offering compassion, inquiry to learn, fun and play. Austin was a true gift, and impossible for Beverley to ignore. And so, the youngster came “home”. Austin has not been the typical project horse. So far in his youth he has brought much challenge to the basic ‘under saddle’ training. With so much to learn, Beverley has become Austin’s student! Austin has made it quite clear that he wants to be a partner in the Facilitated Equine Experiential Learning program.(F.E.E.L) He excels with helping people learn about themselves. And so, their business “Learning With Horses” (the answers are within you), has been established. From dreams to reality, Beverley and Austin are now on the path to encourage and enable youngsters and others, to be open to challenge and change. Beverley believes that lives can be improved forever, with her belief in the ‘power of the horse’. Beverley continues to observe, practice with horses and people to fulfill this. “Horses change lives forever, for the betterment of all humans, no matter what their circumstance may be”.