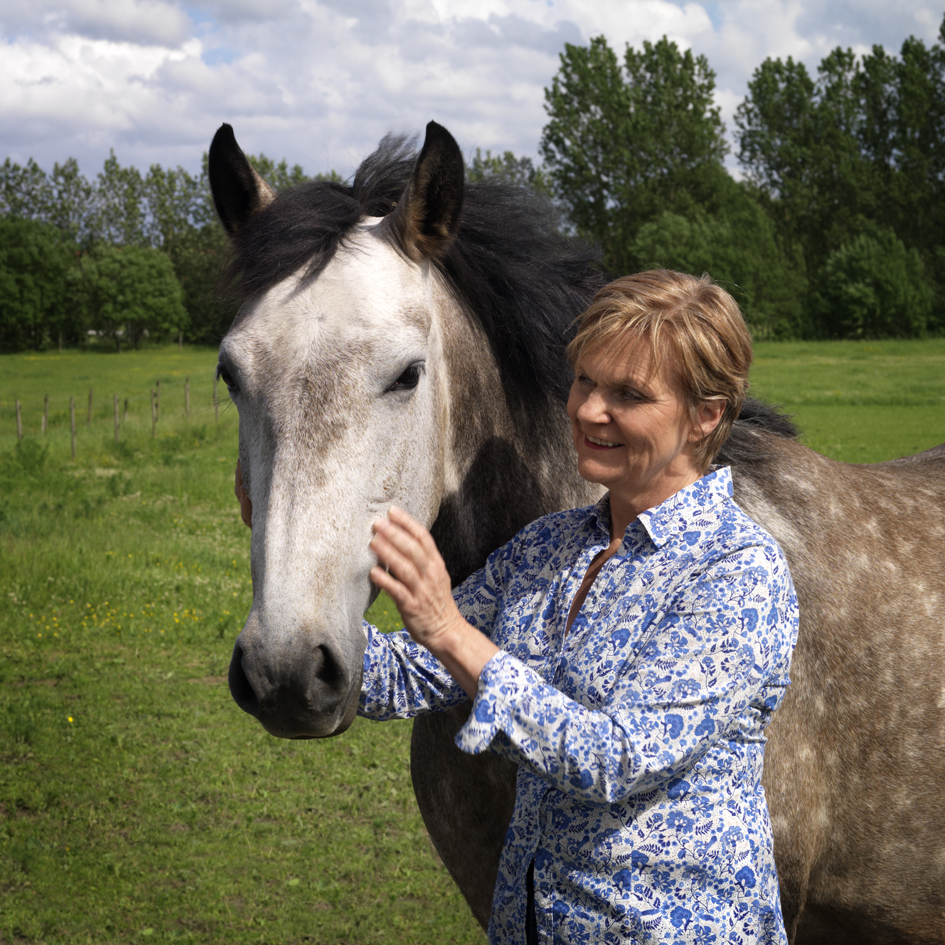 
Since 2002 Ann-Britt Bolinder and her husband Kenneth are the owners of Gustavsborgs Gård, close to Helsingborg, in the south of Sweden.

Ann-Britt is a creative entrepreneur who started her career in advertising and then moved on to being a self-employed fashion designer, making beautiful dresses for Nobel Prize banquets, weddings as well as every day clothing.

Ann-Britt was thrown into the horse world when her daughter started to ride, 1992.

Ann-Britt, who was a great admirer of horses, found out that she was terrified of them and to overcome that fear she decided to start riding. She enrolled her husband at the riding school and they became passionate about horses. Ann-Britt understood that horses are magnificent, loving creatures.

When they bought Gustavsborgs Gård they moved from Stockholm to the south of Sweden and quit their careers. Her husband Kenneth as CIO and Vice President for an international corporation. Gustavsborg PRE, a stud-farm for PRE-horses was founded. The whole family were involved in the business. Ann-Britt projected her creativity into their stud-farm arranging clinics, both for horses and dogs.

They were among the first to import semen from Spain from Qualified stallions and they ran a successful stud-farm for many years, selling offspring to Sweden, Spain, Finland, Norway and Germany.

She is passionate about good food and during the clinics she provides lunch for their guests. This resulted in guests asking for recipes and she wrote two cook books, one of which she co-authored with her daughter.

Ann-Britt is a Reiki-healer and homeopath for animals. She experienced that horses are magnificent healers and she started to explore this world. In her search for finding a meaningful purpose for their horses when they were no longer brood-mares, she discovered FEEL (Facilitated Equine Experimental Learning)®, and she again experienced the magic of horses.

FEEL turned out to be a life-transforming journey in personal and emotional growth.

She discovered when she incorporates FEEL in her work as a homeopath she can go much deeper and give more back to the horse’s human companion when it comes to training and how to relate to her/his horse as a living being.

Ann-Britt and Kenneth became certified FEEL Practioners 2017 and together they work with corporate clients and others who want to manage stress and anxiety by asking the horses to show them ways of achieving personal growth and development. Three of their old broodmares and four offspring are part of the FEEL-staff.

Ann-Britt and Kenneth are living their dream and they want to help others reach the call from their heart by inviting them to recognize the power of horses as teachers and healers.